Some other components of the boiler

Its function is to collect, store and purify steam and supplement water supply. Water tube boilers usually have one or two drums, the upper drum is called steam drum (steam drum), and the lower drum is called water drum or mud drum. The upper drum is internally provided with a distribution tank for uniform water supply, a steam water separation device and a continuous blowdown device. The inner assembly tubes and diaphragms of the hot water boiler drum. The outside of the upper drum is equipped with main steam valve, auxiliary steam valve, safety valve, air valve, water level gauge, blowdown pipe, pressure gauge and other connecting pipes.

There is a manhole door at one end of the upper drum or at the top. A manhole is opened on one end of the lower drum, and a regular blowdown device is installed at the bottom. The upper and lower drums are connected by many risers and downcomers (tube bundles), and the whole part is of elastic structure.

In the past, wings (also called fins) were welded on both sides of water wall tubes of some fast installed boilers. The purpose is to receive more radiant heat from the furnace and increase the shielding area of the furnace wall. Due to its difficult processing and poor heat conduction, it is easy to produce cracks, which may tear the water wall tubes in severe cases. Therefore, it has been less used and gradually replaced by special-shaped steel tubes.

It is the main element of the arrangement and connection of the collector tubes, which has the function of distributing water supply and leading out. It can be divided into upper header and lower header or inlet header and outlet header according to its location.

The lower header is located at the lower part of the furnace tube, which is connected with the lower drum to supply water and distribute it to the rising furnace tube. The lower headers on both sides of the grate can prevent the walls on both sides of the grate from burning or hanging coke, and are called coke prevention boxes. The lower header is provided with a drain pipe and a hand hole at the end to facilitate inspection and cleaning of the interior of the header. In addition to the header of the boiler body, there are also corresponding headers on the economizer, superheater and other components.

The header is generally welded by a large diameter seamless steel pipe and two end covers. In recent years, some manufacturers have replaced the welded end cap by spinning the pipe end, which makes the structure more reasonable.

Convection tube bundle, also known as convection discharge tube, is located between upper and lower drums, and generally consists of φ fifty-one × 3mm boiler steel pipe is the main heating surface of water tube boiler. In order to fully absorb heat, generally, a back and forth or turning flue is formed with a partition wall in the middle of the convection tube bundle to increase the flue gas flow and scour the tube bundle laterally at a higher flue gas velocity. The tube bundles that are usually washed by the flue gas first become the riser because of the high flue gas temperature and more heat transfer, and the density of the steam water mixture in the tube is small. On the contrary, the lower flue gas temperature and less heat transfer become the downcomer.

The flue gas scours the pipe bundle, generally using transverse flushing. Because of the transverse scouring, the thermal effect is better than that of the longitudinal scouring. The heat transfer effect of staggered or staggered arrangement of tubes is better than that of straight arrangement, but with the improvement of heat transfer effect, the flue gas flow resistance also increases correspondingly.

The smoke tube is the main heating surface of the smoke tube boiler and the water fire tube combined boiler. Its role is to continuously heat the boiler water outside the tube when the high temperature smoke generated by furnace combustion flows out of the tube, making it gradually become steam (or hot water). The smoke pipe is generally installed in the boiler shell and fixed on the tube plates at both ends by welding or expansion. Because its installation quantity is limited by the boiler shell, and the pipe content is easy to be blocked by ash, and the outside of the pipe is easy to deposit dirt, it is not suitable for larger boilers. However, in recent years, large-scale water fire tube boilers are also being studied and some progress has been made.

In recent years, a new type of smoke pipe, namely threaded smoke pipe, has been popularized and applied. It is a threaded groove about 2mm deep pressed on the smoke pipe to improve the heat release of smoke to the pipe wall. The effect is remarkable. The heat transfer effect of the threaded smoke tube can be nearly twice as high as that of the ordinary smoke tube. 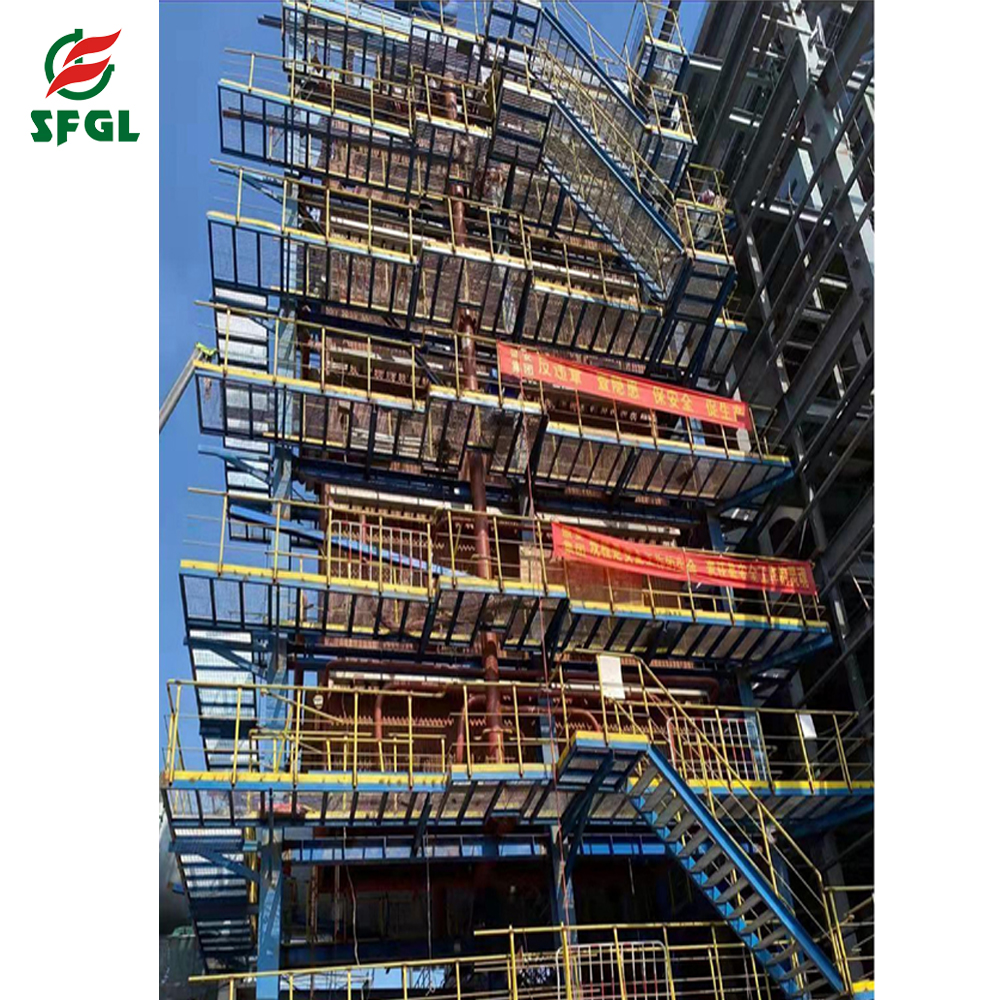