A few days ago, the CPC Xuzhou Private Individual Economy Committee held a grand ceremony for summarizing and commending excellence-creating activities, and commended 22 advanced grass-roots party organizations, 20 outstanding party workers, and 45 outstanding Communist Party members in the city, including the party branch of our company.Our company has won plaques and honorary certificates.
According to the document No. 4 [2012] 05 of the Xuzhou Private and Individual Economic Committee of the CPC, since May 2010, party organizations at all levels and the majority of party members in the city's private party committee system have been conscientiously following the requirements of their superiors, and have carried out in-depth activities to strive for excellence. , a group of advanced collectives and outstanding individuals have emerged, consolidating and expanding the achievements of in-depth study and practice of the scientific concept of development, further promoting the achievements of the scientific concept of development, further promoting scientific development, promoting social harmony, strengthening party-mass relations, consolidating The grass-roots foundation has been established, which provides a driving force guarantee for advancing "two leading ".
The party branch of our company actively responded to the call of the activity, closely combined with the actual situation of the enterprise, vigorously carried out a vigorous activity of creating and competing for excellence, achieved excellent results, effectively promoted the construction of two civilizations in the enterprise, and received unanimous praise from the enterprise and became the city's The private party committee system is an advanced grass-roots party organization.(office) 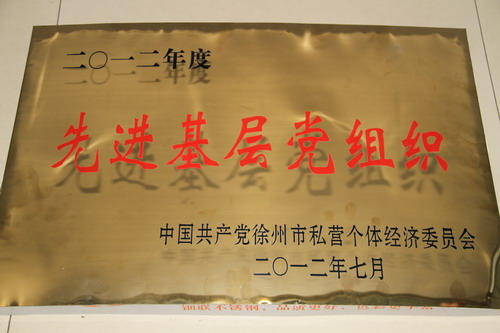