When the university starts again, the hearts of poor students are full of love.According to the chairman's routine work arrangement, at 9 am on August 29th, our company's long-prepared 2013 'Golden Autumn Student Aid Donation Ceremony' was grandly held in the conference room on the second floor.At 10 am, in the warm applause, entrusted by the chairman of the company, Ye Feng, the general manager of the company, distributed 3,000 yuan of stipends to each of the impoverished college freshmen from eight administrative villages including Li Yan from Sujia Village in this town.The heads of Tongshan District Federation of Trade Unions, Liuxin Town Party Committee, Trade Union and Youth League Committee attended the donation ceremony.Luo Yu, secretary of the company's party branch and chairman of the labor union, presided over the donation ceremony.
At the donation ceremony that day, Ye Feng, the general manager of the company, made a eloquent speech on behalf of Sifang Boiler.He first congratulated the recipient college students on the title of the Golden List, briefly introduced the entrepreneurship and development of enterprises and the traditional practice of helping the poor and needy, and sincerely hoped that the recipient college students would not be afraid of difficulties, study hard, develop in an all-round way, and strive to be the successors with both political integrity and love. .Liu Min, vice chairman of the district federation of trade unions, spoke highly of the good deeds of our company's chairman who took the lead and insisted on donating to education for more than ten years, which has become a major "brand" of Sifang Boiler.She fully affirmed the achievements of our company's labor union work in recent years, and kindly encouraged poor students to cherish love, face difficulties, study hard, strive to become talents as soon as possible, and repay their hometown and society.Zhang Yongkang, the representative of the assisted college students, made a statement.
Donating to impoverished college students is a charitable act that our company has persisted in year after year since its establishment. This time is the 17th year of our company's routine "Golden Autumn Student Aid Action" donating to impoverished college freshmen from families.At the beginning of the summer vacation every year, Mr. Duan Xuqiang, the chairman of the company, has to find the town party committee, trade union and youth league committee, and entrust the organization to help to conduct a thorough survey, screening and confirmation of the living conditions of poor college students in various villages in the town, and finally select about 10 people who need the most help. of college freshmen donate.These continuous acts of kindness and righteousness have relieved the urgent needs of college freshmen who are worried about tuition fees due to illness and unexpected circumstances.
According to preliminary statistics, so far, our company has only received more than 150 college students under the "Golden Autumn Student Aid Action".(office) 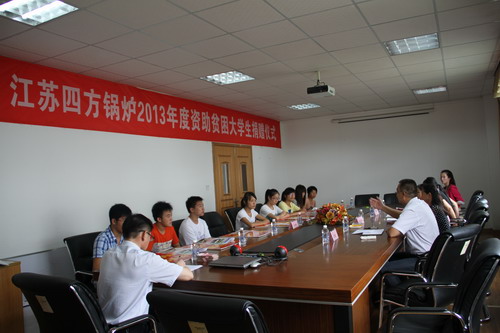 The picture shows the general of the company giving a speech at the donation ceremony. The 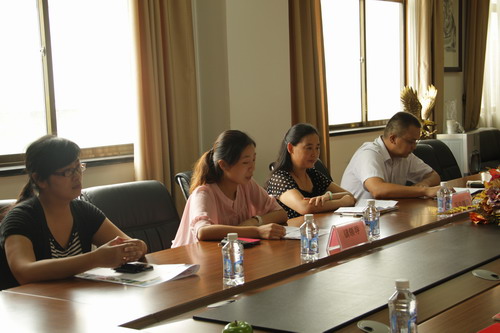 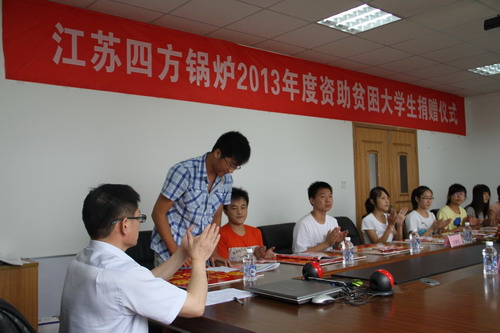 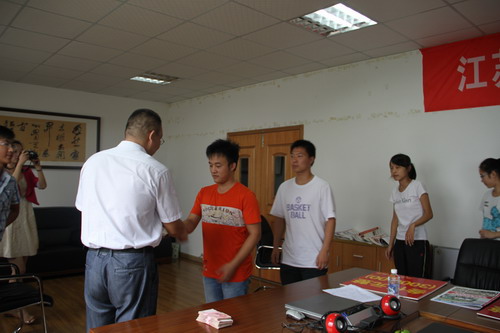 the assisted college students. The picture shows the 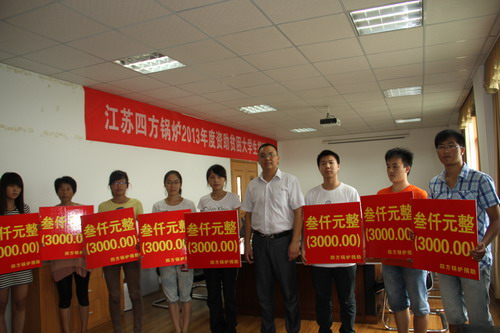