Liu Gang, deputy head of Tongshan District and director of the Public Security Bureau, led a team to carry out pre-holiday safety inspections

On the afternoon of January 28, Liu Gang, deputy head of Tongshan District and director of the Public Security Bureau, led a team to our company to carry out pre-holiday fire safety inspections.Deputy Mayor Liu Gang and his entourage came to our company's boiler production workshop, the newly opened west side factory area, office and living areas, etc., and focused on the implementation of fire safety responsibilities, the operation of fire protection facilities, and the management of fire and electricity links.Deputy District Chief Liu Gang pointed out that it is necessary to fully understand the importance of fire safety work, carry out the investigation and rectification of fire hazards, especially during the festival, to strengthen management and implement responsibilities to ensure the safety and stability of production and life during the festival.(office) 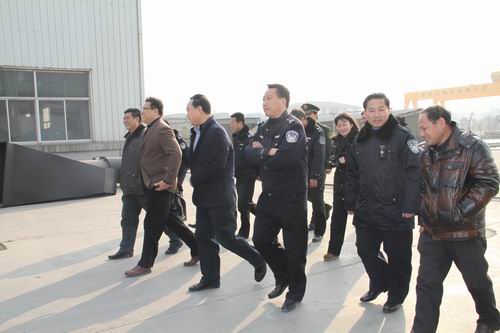