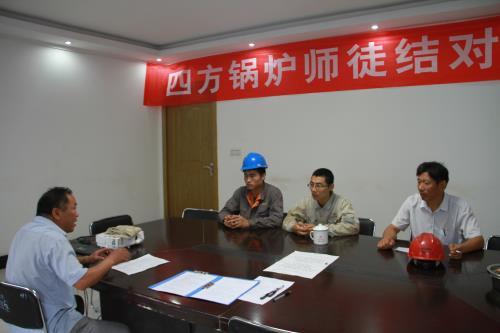 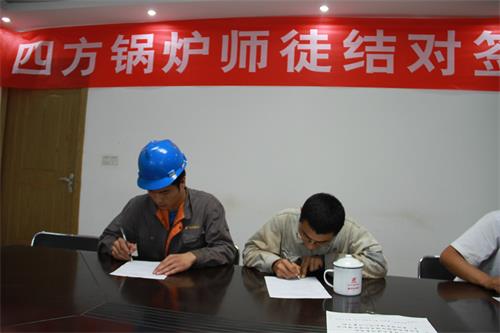 The picture shows the signing of the mentoring agreement 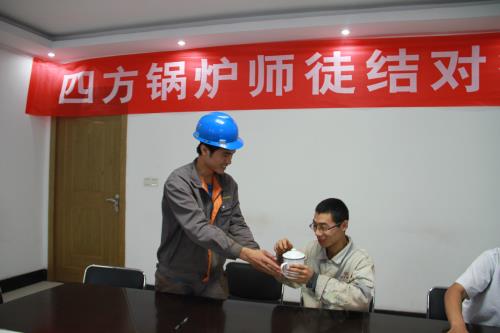 The picture shows the apprentice offering tea to pay tribute

8On the 19morning of March 1, organized by Ren Lei, Deputy Minister of Human Resources, Xu Wenming, Minister of Production Department, and Yu Deli, Director of Boiler Workshop, on-site witnesses, master Zhang Hongfei and apprentice Wu Huaiyuan of boiler workshop of Production Department performed the established procedures such as signing the mentoring agreement.In the solemn and warm pairing ceremony, the head of the department officially signed the agreement of the master-apprentice pairing, which opened the curtain for the production department to promote the implementation of the master-apprentice pairing and jointly improve the overall plan.

This event ceremony is the successful implementation of the company's mentoring method in the production department following the successful pairing of three pairs of mentors and apprentices in the company's environmental engineering design and research institute.It marks that in 30the production department with famous employees, the company has officially implemented the company's plan for the construction of talent echelons in welding and other technical operation positions, and sounded the rallying call for mentoring and apprenticeship, standardizing training, and promoting the steady and rapid growth of new employees.

In accordance with the company's " Mentor- Apprentice Pair Training Management Measures (Interim) ", the Human Resources Department will track the actual progress of the mentor-apprentice pairing, summarize experience in a timely manner, expand its coverage in an orderly manner, and actively promote its actual results.(office)