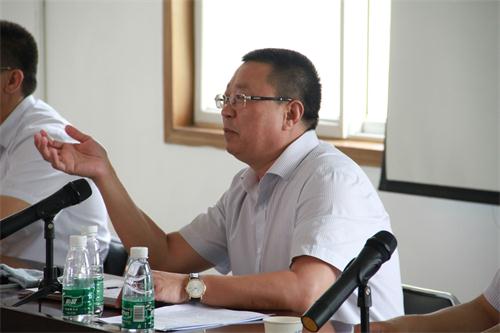 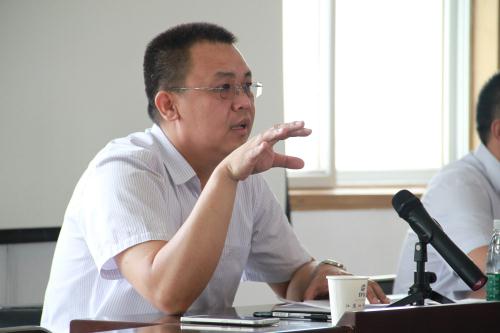 The picture shows the speech of General Manager Ye 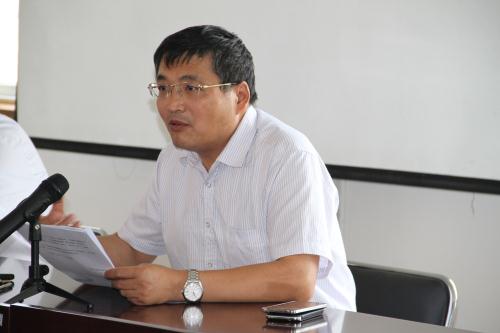 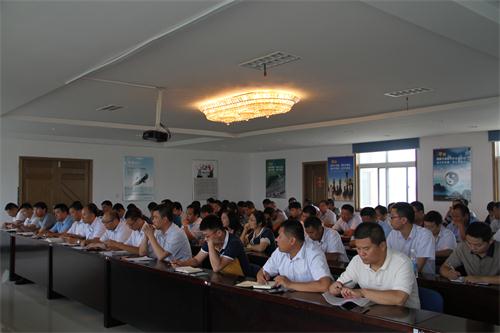 Pictured is a corner of the venue

On the morning of July 4th, the company held a grand sales meeting for the first half of the year in the conference room on the third floor of the office building of the production department and engineering company.Most of the business personnel and sales office staff of the seven branches of the sales company attended the meeting.The meeting briefly reviewed and summarized the sales work in the first half of this year, issued and implemented the newly adjusted sales policy, and made the overall deployment and main work requirements for the sales work in the second half of the year.The company's chairman, general manager and deputy general manager in charge of sales attended the meeting and made important speeches.The meeting was chaired by Deputy General Manager Liu Wenzhi.

Since last year, in response to the economic situation and market changes at home and abroad, as well as inside and outside the company, the company's decision-making leaders headed by Chairman Duan have been far-sighted, planned ahead, adjusted their thinking in a timely manner, "abandoned small to large", upgraded files, and committed to product transformation. Escalating strategic decisions.Against the background of the general slump in the industry, through the joint efforts of all sales staff in the first half of the year, it has achieved gratifying marketing performance and a good start to transformation.In the summary of the sales work, Deputy General Manager Liu notified the advanced sales staff who ranked among the top 20 in sales performance such as Liu Zhimin.On the basis of a brief analysis of the characteristics of the sales work in the first half of the year, he not only clarified the gap between the performance of each ranking in the sales first phalanx, but also pointed out the pressure and motivation that the last 20 salespeople should face. And the future sales work put forward brief requirements.

In his speech, General Manager Ye supplemented and reported some sales financial data, and reported the situation of the bottom 22 in sales performance.He emphasized the importance of this meeting, as well as the importance and necessity of carefully reading and actively applying the new sales policy.Everyone is required to consciously correct and handle the relationship between company interests and personal interests, strengthen learning, keep pace with the times, carry forward achievements, catch up, and jointly create a new situation of large-scale product market tackling and large-scale battles.

Focusing on the pertinence and importance of the newly adjusted sales policy, Chairman Duan personally focused on interpretation and related requirements in his speech.He further emphasized the opportunities and challenges faced by enterprises under the macroeconomic situation, and informed the significance and purpose of this major adjustment of sales policies.He said that within the scope allowed by the sales system regulations, the company will try its best to provide policy support on expense reimbursement.He encouraged everyone to cherish the enterprise platform, effectively strengthen the team's awareness of combat, travel more, and report market information in a timely manner;It is hoped that all members of the sales company will carry forward their achievements, find their own gaps, fight in unity, strive to be the first, and make new and greater contributions to the realization of the annual sales goals and tasks.(office)