The demand for domestic waste treatment is growing rapidly, and the waste incineration power generation market has broad prospects

With the acceleration of urbanization, the demand for domestic waste treatment has maintained rapid growth, the volume of waste removal and transportation has continued to increase, and the treatment capacity is relatively insufficient.The 2005from -2017urbanization rate in China has increased 42.99% to 58.52% every year . The rapid development of urbanization and the increasing improvement of people's living standards have led to a continuous and rapid increase in the volume of urban domestic waste removal and transportation in China.According to the national new urbanization plan, the 2020urbanization rate will increase to about 60% by the year .With the continuous advancement of urbanization and the people.Driven by the improvement of living standards, it is expected that the generation and removal of municipal solid waste will continue.

From the perspective of the harmless treatment of domestic waste, if the counties, towns and rural areas with lower harmless treatment rates are considered, the number of historical stockpiles of urban domestic waste will be even larger.To relieve the pressure of the current garbage siege, improve the urban living environment, and increase the investment in the construction of harmless treatment facilities is an inevitable requirement, and this will also bring a broad space for the development of the garbage treatment market. 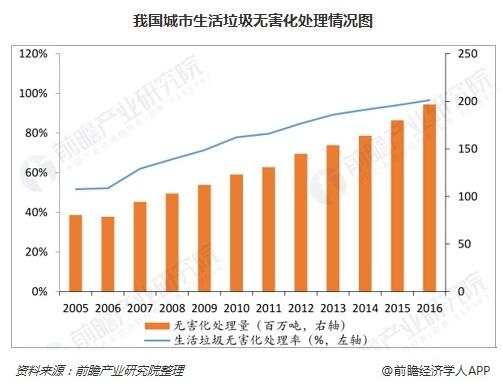 In 1March 2017 , the National Development and Reform Commission promulgated the ""Thirteenth Five-Year" National Urban Domestic Waste Harmless Treatment Facilities Construction Plan".The plan proposes to speed up the construction of harmless waste treatment facilities. By the end of the year, the 2020in municipalities directly under the Central Government, cities under separate state planning and provincial capital cities ( built-up areas ) will reach harmless treatment rate of domestic waste 100%; other municipal cities and counties ( built-up areas ) , The harmless treatment rate of domestic waste in the designated towns is over 95% , over 80% and over 70% respectively . 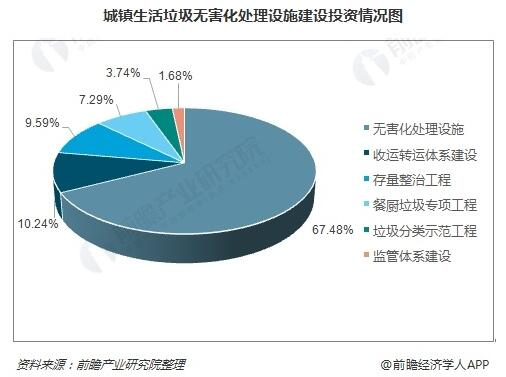 The advantages of incineration power generation are prominent, and it has gradually become the mainstream trend.Waste incineration equipment mainly includes waste storage tanks, incinerators, waste heat boilers, steam turbine generator sets and flue gas purification and treatment equipment.Among them, the incinerator is the key core equipment, and its quality is directly related to the success of the entire incineration process.

At present, grate incinerators, fluidized bed incinerators, rotary kiln incinerators and pyrolysis gasification incinerators are all used in domestic waste treatment in my country, but mainly grate incinerators and fluidized bed incinerators are the main ones.Waste incineration power generation technology has the outstanding advantages of reduction, resource utilization and harmlessness, which can better solve the contradiction between the increasing amount of domestic waste and the shortage of urban land resources in China. At the ;same time, the current incineration technology is relatively mature, and the degree of localization of equipment continues to The improvement and the gradual decline of the use cost also create conditions for its accelerated application.The proportion of incineration power generation in the harmless treatment capacity has increased from 12.9% to 37.5% , becoming the main contributor to the growth of the harmless waste treatment capacity.

In the "Thirteenth Five-Year" plan, it is also required that municipalities directly under the Central Government, cities under separate state planning, and provincial capitals and cities that meet the conditions realize the "zero landfill" of primary waste, and the landfill is mainly used for landfill incineration residues and emergency use. This functional shift of landfills will in turn free up more market space for waste incineration.By the 2020year, the size of the incineration power generation market will exceed RMB 150 billion.According to the "Thirteenth Five-Year" plan, by the end of the 2020treatment facilities will reach 59.14tons /day incineration capacity of urban domestic waste year , per 41910,000 . the The market prospect is still broad.