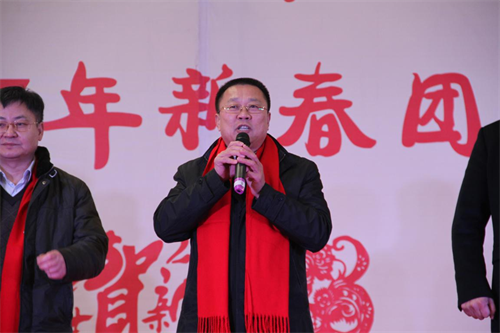 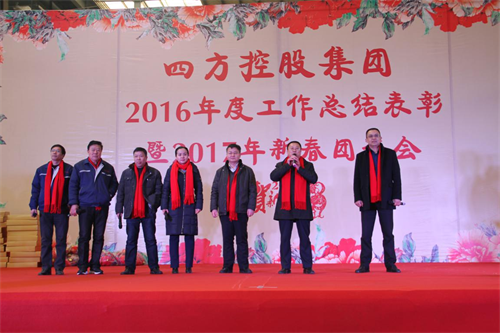 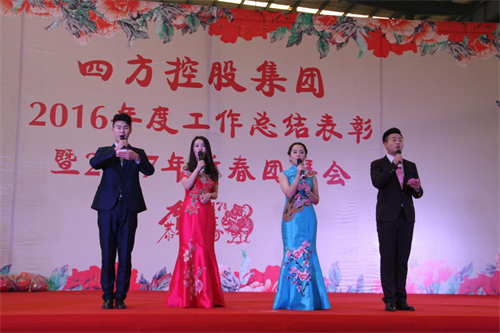 On March 12017 , a 25of "Sifang Holding Innovation and Brilliant" hosted by Sifang Holding Group, starring representatives of various departments, and all members of the interactive party, was grand in the traditional festive atmosphere of saying goodbye to the old and welcoming the new. .New Year party with the theme hold. 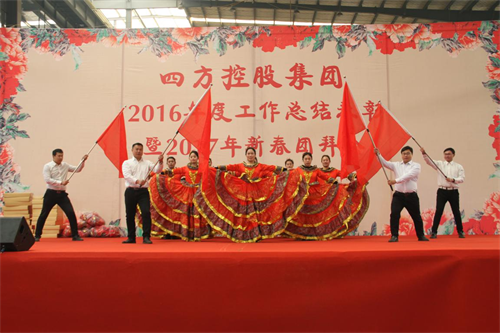 Relevant leaders in charge and resident experts from Xuzhou Branch of Jiangsu Special Equipment Testing Research Institute were invited to the event site. The company's chairman, general manager and other senior management team leaders and leaders interacted with all staff. 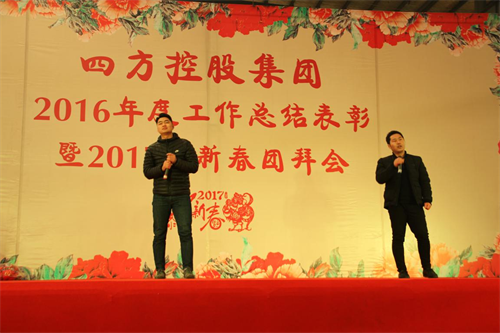 During the nearly 4hour-long event, with warm greetings, singing and dancing, lottery interaction, and toasting blessings, the 700employees of the group company were immersed in deep family affection and bursts of applause. 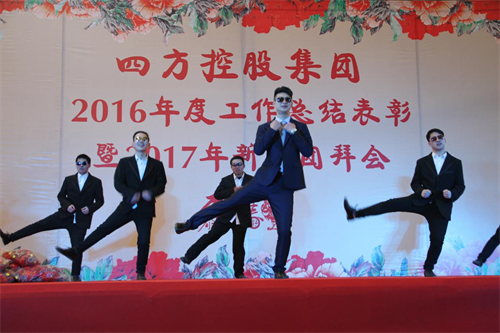 The main content of the party was arranged for theatrical performances, WeChat lottery and luncheon. 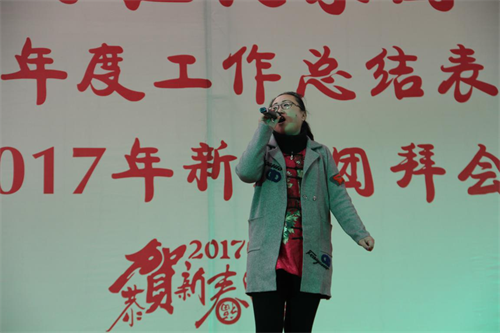 Tempering the theme, meticulous planning, careful directing, and careful choreography, the performances are divided into three major sections: Entering the New Era, Connecting to the Big Stage, and Re-creating and Glorious. 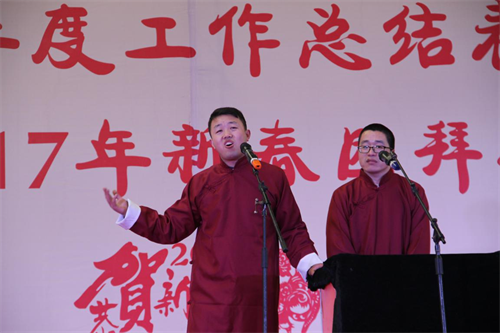 Self-recommendation and PK selection, the four handsome and beautiful "local" hosts have a dazzling temperament; 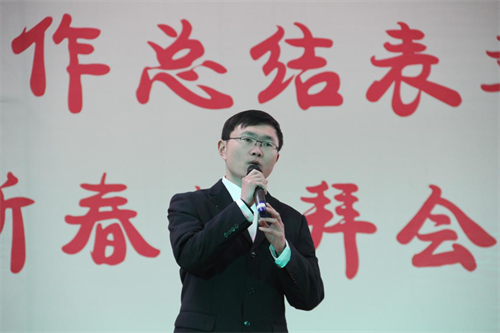 Song and dance, acrobatics, cross talk and instrumental music 20were performed in recent programs, and some group dances were splendid and majestic; 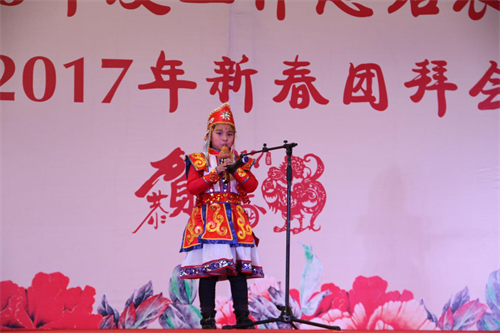 Some are melodious and soulful solo; some are hilarious and humorous; some have distinct themes, wonderful time-travels, splendid splendor, and climaxes. 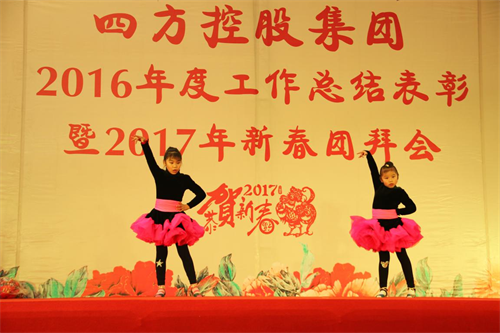 In order to ensure the effect of the gala performance, all departments responded positively, from the company executives to the employees' families, actively participating and vigorously supporting, reflecting the sense of responsibility, "family" family affection and artistic style, for the smooth development of the event and performance. The expected effect provides a strong guarantee. 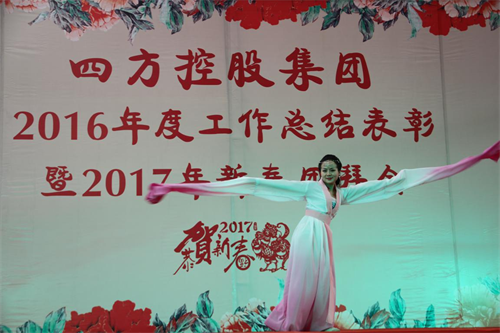 Different from the traditional lottery method followed in previous years, the Wechat Shake the lottery activity led by Chairman Duan went smoothly, with a large number of participants and a hot scene. 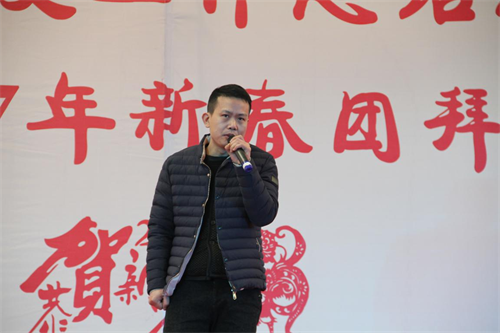 After three rounds of five on-site WeChat lottery draws, from mascots, high-end four-piece suits to mobile phones and flat-screen TVs, the 43name "Lucky" won the prizes on the spot, which is enviable, adding to the auspiciousness of the Rooster Year and Gong Xi Fa Cai. Heavy hope. 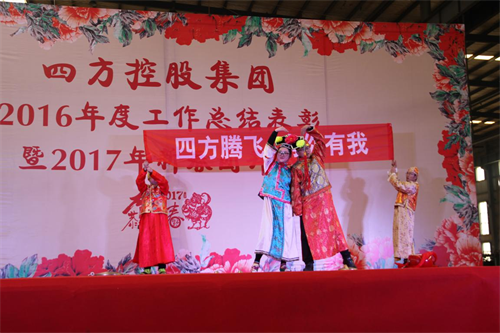 Let's raise a glass and wish for a new year, new glory and great development.Between the luncheons, Chairman Duan and his wife toasted one by one; 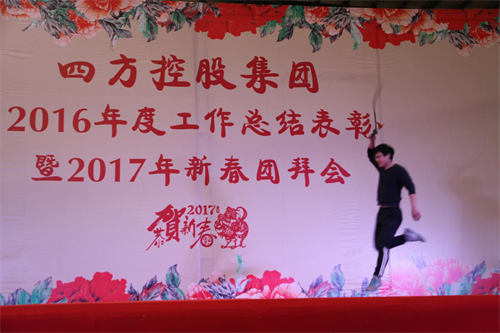 General Manager Ye led the representatives of the senior management team to toast table by table, and the group meeting was festive and peaceful, full of strong friendship and a strong festive atmosphere. 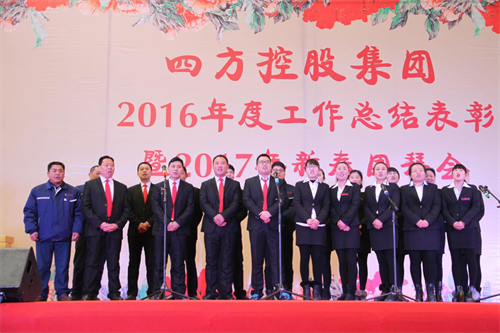 Entering the new era, the situation is related to the big stage, and it will be brilliant again. "Sifang Holdings is .innovative and brilliant" The Spring Festival group worship event was unprecedented and ended successfully. 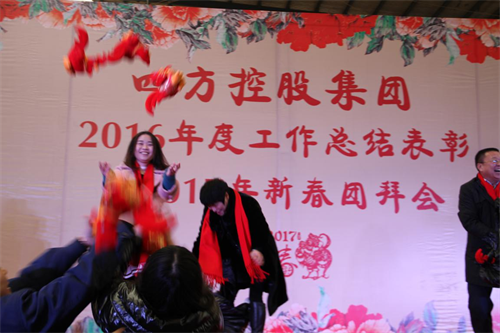 Taking the complete success of this group visit as the driving force, standing on the post, listening to the chicken and dancing, and jointly creating a new era in which the Sifang boiler stands out from the crowd, it has become the heart of every "Sifang" in the new year. Wherever you go! 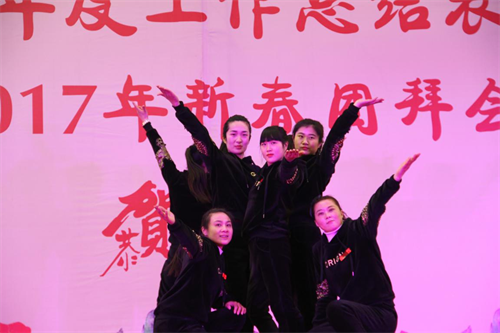