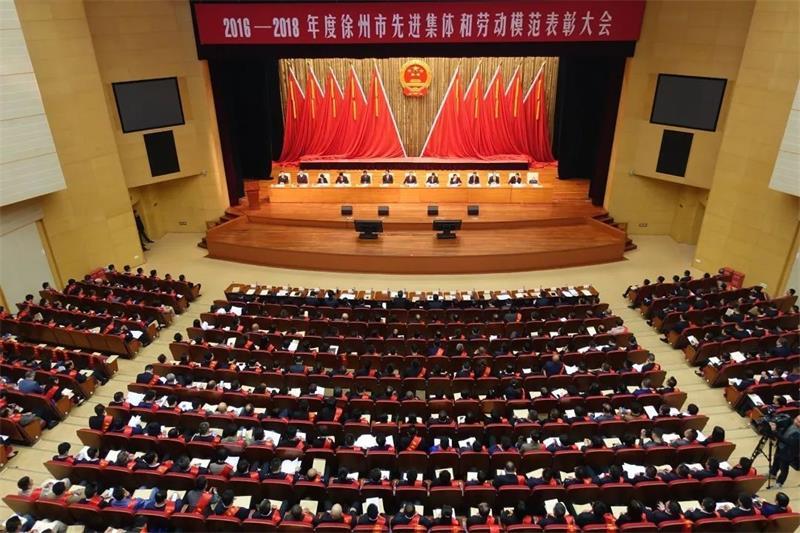 Commendation meeting venue
A few days ago, the Xuzhou Municipal Party Committee and Municipal Government solemnly held the 2016-2018 Xuzhou Advanced Collectives and Model Workers Commendation Conference to celebrate the "May 1st" International Labor Day and commend the advanced collectives and laborers who have made outstanding contributions to the city's economic and social development in recent years. Model, further promote the spirit of model workers, exert the power of role models, and inspire the cadres and masses of the city to build a new Xuzhou with pride.Zhou Tiegen, secretary of the Xuzhou Municipal Party Committee and director of the Standing Committee of the Municipal People's Congress, attended the event and delivered a speech. Zhuang Zhaolin, the mayor of Xuzhou, presided over the meeting."National May 1st Labor Medal" winner----Ma Shiqing, director of the heavy-duty steam drum workshop of Jiangsu Sifang Boiler, participated in the event and accepted the commendation. 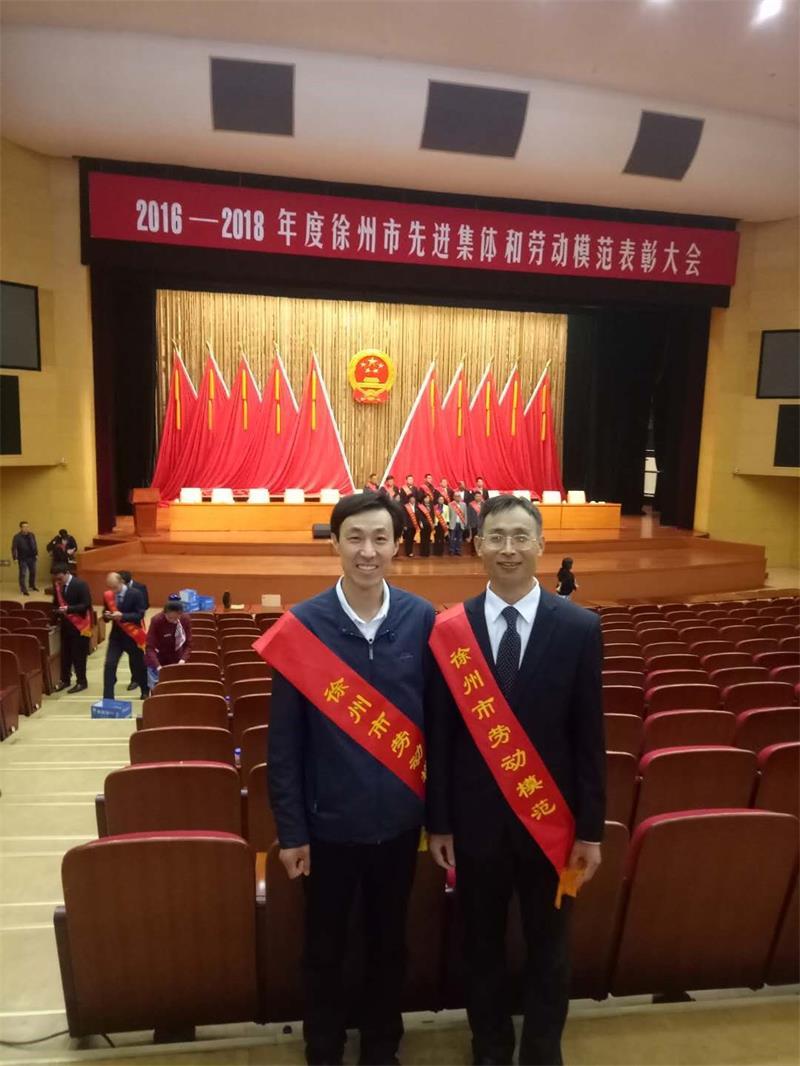 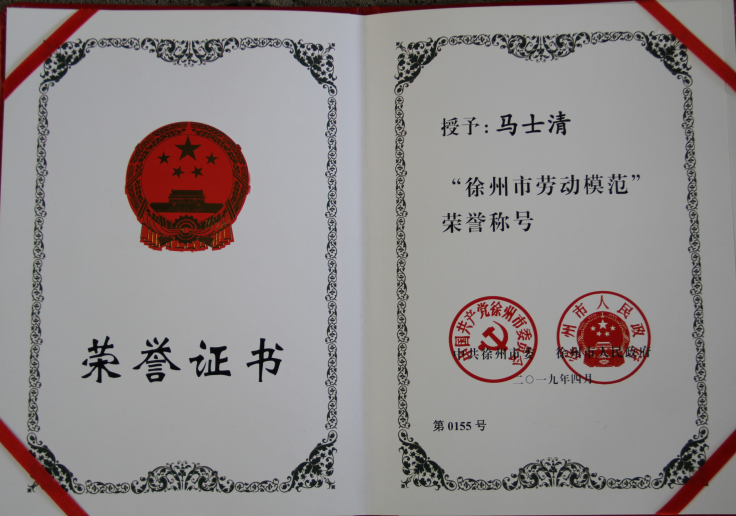 Since Comrade Ma Shiqing joined Jiangsu Sifang Boiler, with the care and training of company leaders, party and labor organizations at all levels, and the support and help of workshop cadres and employees, he started as an electric welding apprentice and has been working hard for more than ten years. Enterprising, dedicated and devoted, outstanding contribution, with excellent welding technology and first-line production management experience, in ordinary positions, he has walked the path of becoming a talent from ordinary welding operations, welding skills pacesetter, team leader to workshop director.In 2018, he became a glorious Chinese Communist Party member and was awarded the first "Tongshan Craftsman", "Jiangsu Province May 1st Labor Medal", "National May 1st Labor Medal" and "Xuzhou City Model worker" and other honorary titles. 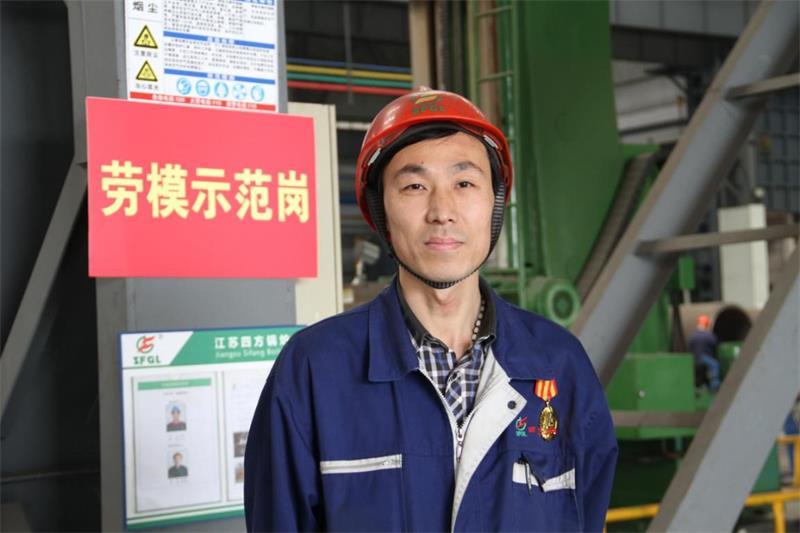 Ma Shiqing, a model worker in Xuzhou
Zhou Tiegen, Secretary of the Municipal Party Committee, delivered a warm speech.In his speech, he said that over the years, the vast number of workers in the city have achieved extraordinary achievements in ordinary positions and made outstanding contributions to the city's economic and social development.With their unrepentant persistence, fearless struggle, and selfless dedication, the majority of model workers vividly interpret the model worker spirit of "love one's work, strive for excellence, work hard, be brave in innovation, be indifferent to fame and fortune, and be willing to sacrifice", demonstrating the new era. The noble sentiments and spiritual outlook of the workers in Xuzhou. 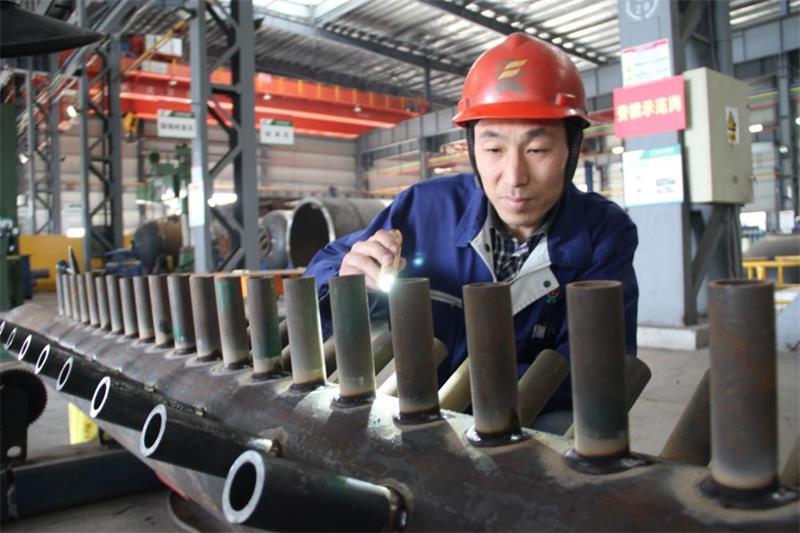 Ma Shiqing at work
Forge ahead in a new era and build a new journey of dreams. The majority of labor models and workers should actively participate in the hot practice of economic and social development as masters, achieve dreams with hard work, create brilliance with honest labor, and continue to write glory with creative labor. The Song of the Laborers of the Times.We must study hard to increase our skills and stand up to the tide in dealing with the challenges of competition.With diligence to learn knowledge, hard work to refine technology, and innovation to seek breakthroughs, to master key core technologies with real, hard work, and hard work, and constantly stimulate entrepreneurial passion, innovation vitality and creative potential. Ma Shiqing and his co-workers
At present, in Jiangsu Sifang Boiler, Comrade Ma Shiqing's deeds and honors are inspiring all employees of the company to show their talents and talents in their respective positions.Comrade Ma Shiqing, who returned to his post, is determined to use this commendation as a driving force to unite and lead all the employees of the heavy-duty steam drum workshop to make persistent efforts and hard work to make new and greater contributions to speeding up the high-quality development of Sifang Boiler.