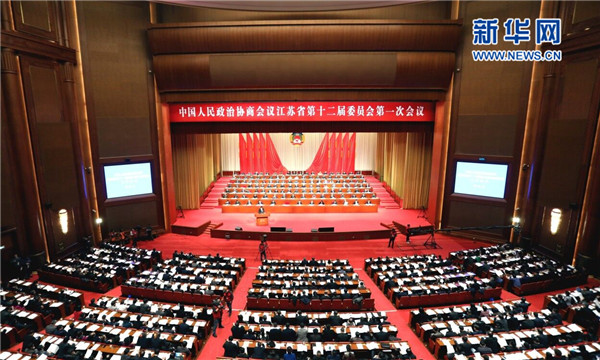 On January 29, the five-day first session of the 12th Jiangsu Provincial Political Consultative Conference ended in Nanjing.At the election meeting held on the same day, the chairman, vice-chairman, secretary-general and standing committee members of the 12th Provincial Committee of the Chinese People's Political Consultative Conference were elected.Huang Lixin was elected as the chairman of the 12th Provincial Committee of the Chinese People's Political Consultative Conference.Duan Xuqiang, member of the Provincial Political Consultative Conference and chairman of Jiangsu Sifang Holding Group, attended the meeting and participated in the activities.
During the meeting, member Duan Xuqiang carefully studied the spirit of the speech of Comrade Lou Qinjian, Secretary of the Provincial Party Committee, and reviewed the government work report made by Comrade Wu Zhenglong, the governor of the province. Pay attention to people's livelihood, actively participate in the deliberation of government affairs, provide advice and suggestions through various forms such as discussion and speech, submitting proposals, reflecting social conditions and public opinions, earnestly fulfilling the responsibilities of the CPPCC members, and promoting the innovation and development of Jiangsu. 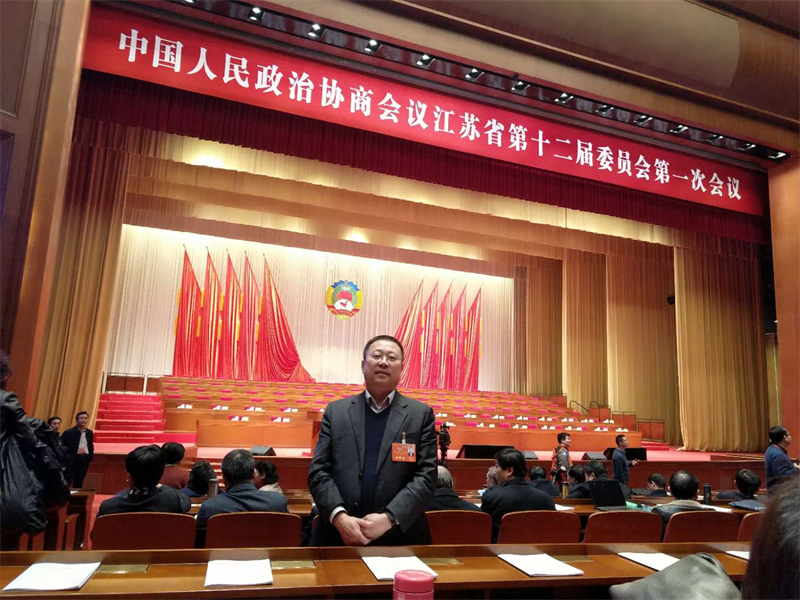 Duan Xuqiang believes that with the rapid development of the province's economy and the strict requirements of the national environmental protection policy, environmental pollution control problems are under great pressure, especially dust, sulfur dioxide, nitrogen oxides, etc. in the flue gas emitted by coal-fired boilers. Air pollution by air pollutants.He suggested that small boilers should use clean energy such as gas and electricity; large boilers should promote clean and efficient utilization of coal.It is recommended to strengthen environmental protection supervision and promote the automation of pollutant discharge monitoring.By effectively adopting the measures of "small size suitable for gas and large size for coal", it can not only better protect the blue sky and clear water, but also promote the development of energy saving, emission reduction and low carbon, and promote the continuous improvement of atmospheric environment quality and the continuous improvement of environmental protection level in our province. While improving, it will further enhance the comprehensive competitiveness of enterprises in the province.

Duan Xuqiang's proposal believes that the reform of rural funerals is a problem that the Chinese government has been exploring and solving for decades.From the vigorous construction of columbarium across the country, to the strong reaction of farmers caused by the forced eviction of graves in Henan, they all reflect the deep-rooted traditional idea of ​​burying the dead in rural my country for thousands of years.In the report of the 19th National Congress of the Communist Party of China, General Secretary Xi proposed to accelerate the reform of the ecological civilization system and build a beautiful China, which sounded the rallying cry for the construction of beautiful countryside.In order to change the current rural burial habits that have lasted for thousands of years, to explore more practical and feasible methods of burial, and to accelerate the construction of rural public welfare cemeteries is the most realistic way to stop the phenomenon of random burial and standardize the funeral order. .

At this session of the Provincial Political Consultative Conference, Secretary Lou Qinjian of the Provincial Party Committee made an important speech repeatedly and focused on putting forward the goals of scientific and technological innovation and quality-strengthening the province.Member Duan Xuqiang was deeply encouraged. He felt that the provincial party committee and the provincial government have placed Jiangsu's development at the high-end of the world pattern, and the pace of Jiangsu's industry transformation from low-end to mid-high-end has been greatly accelerated.He said that, with the accumulation of more than 20 years of entrepreneurship and innovation, Sifang Holding Group will further insist on serving the country through industry, vigorously develop advanced manufacturing, fully start a new journey of entrepreneurship, and further improve the quality level of the group's industrial development. Provincial economic and social development to make new and greater contributions.